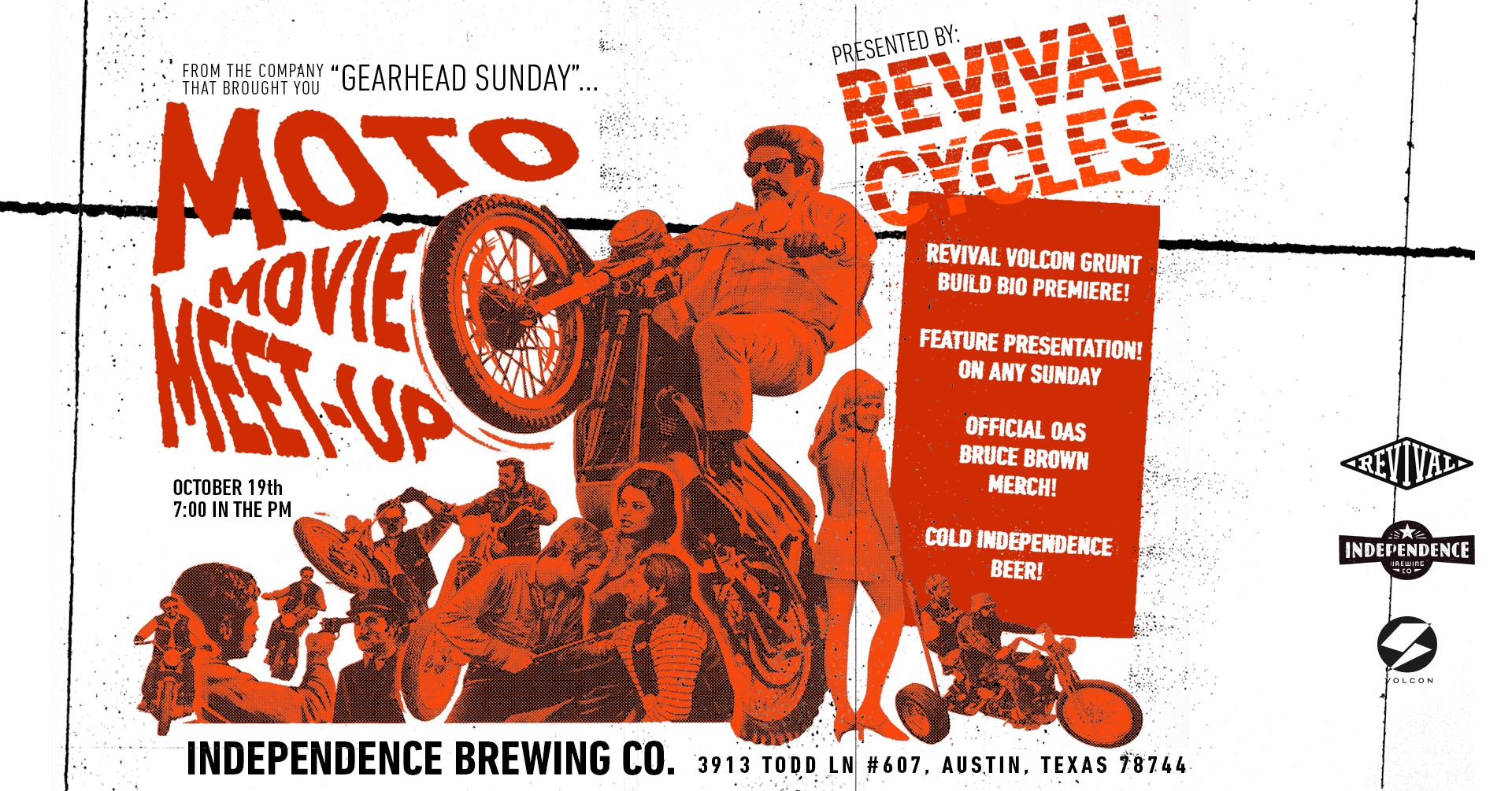 We’ve got some pretty cool news for all you moto and movie fans. We’ve partnered with Revival Cycles here in Austin to bring you all some classic flix to go with their classic brews. Join us at Independence every third Wednesday to see a Revival Build Bio premiere and a feature film under the stars. It’s just like Gearhead Sunday but with movies instead of tacos.
First up, we will have the godfather of all Moto Movies, Bruce Brown’s On Any Sunday. The movie that made motorcycling a legitimate sport, and that many parents took their kids to see, just had its 50th anniversary, and we are honored to screen it for you. In addition, we will have officially licensed OAS merch designed by Revival available for the first time.
Come early to see the premiere of the Revival Volcon Grunt Build Bio premiere and the bike reveal in person.
What: Revival Moto Movie Meet-Up
When: Wednesday, October 19th, 7 PM
Where: Independence Brewing – 3913 Todd Ln #607, Austin, TX 78744
THIS IS A FREE, ALL AGES EVENT
Bring your bikes, cars, and good times!